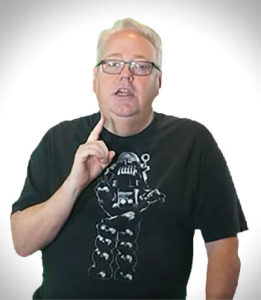 I’ve been an entrepreneur and a product person all my life.

I started my first company right out of college, raised venture capital, and built my first successful software product.  It was a spreadsheet called Quattro Pro, and we sold it to Borland which went on to make history with it, selling over $100 million worth in the first year alone.

Since the Quattro Pro experience, I’ve founded two other venture capital startups and lately, I have bootstrapped my latest company, CNCCookbook, from zero to a nice income and 4.5 million visitors a year as a Solopreneur.

I guess you could say I know a thing or two about starting and growing companies, and I’ve been lucky to have learned a lot from some of the best entrepreneurial minds in the business along the way.

Entrepreneurs: Listen to this guy. He knows what he’s talking about. https://t.co/am1EIn12VN

( Dharmesh is the Founder and CTO of Hubspot.   Thanks Dharmesh! )

How I Got Here

You’re probably wondering how I did all this?

I’m an Engineer by training, and a consummate Product Person.  I did not grow up as a Sales or Marketing person–all that I had to learn the hard way.  And it wasn’t easy.  My first company nearly went under, but the product was so good I was able to sell the company for a good price to Borland.

When I started as an entrepreneur, I used to think of sales and marketing as being like the Madison Avenue Mad Men:

When I started, I used to think of sales and marketing as being like the Madison Avenue Mad Men…

It’s a compelling image and stereotype of marketing and sales.  So cool.  So aloof.  So, “I know how to market and you never will…”

In my first startup, we were even working with Ogilvy and Mather, one of the original Big Time ad agencies.  At 23 years old starting a new software company in Houston, Texas around 1984, we were something of a sensation.  This was the heyday of Compaq Computer, Lotus 123, and of course, Bill Gates.  People in Houston loved the idea of a young kid doing some high tech something or other nobody could understand.  Ogilvy took us on because we were hip, we were the thing to do.  We even had the same creative team that was doing all the work for Compaq.  We couldn’t afford it, but it didn’t matter.  This felt right.

But, it wasn’t, really.  We ran a bunch of cool magazine ads.  They were great.  When I got a chance to meet Bill Gates some years later as we were selling the company, he still remembered those ads.  But despite being so memorable, and having been developed by one of the top ad agencies and by one of their top creative teams, they didn’t actually sell all that much software.  Remember, that first company almost went under despite all this hip help!

After that experience, I knew I had to start figuring out the Marketing and Sales piece for myself.

Being an Engineer, I wanted a System.  It had to be something numbers driven.  It couldn’t be driven by gut feel, style, swagger, or anything too subjective.

I was lucky enough to be in the right place at the right time.  During my time at Borland, we had launched a multi-million dollar marketing program had utterly failed to produce a result.  We’d spent most of the period’s budget and had little to show.  The CEO was going around the room trying to understand what happened.  Eventually, he asked a man named Marc Randolph, who was fairly new there what had happened.  Why had it failed?

Marc went on to work with me at a later startup I’d founded as my VP of Marketing.  That startup was bought for a tidy sum by a company whose CEO was Reed Hastings.  Yes, that Reed Hastings, CEO of Netflix, and Marc went on to become the original founder of Netflix.  In fact, the whole thing was his idea.  And Marc was my first great marketing mentor.

I will always remember Marc’s response when asked why the marketing program had failed:

“I don’t know, but it was tragically knowable that it would fail.”

What he meant was that we could’ve tested the idea on a small number of recipients and relatively cheaply.  If it had failed, we would be out very little money, and if it succeeded, we could double down on a larger group.

My eyes opened and my ears perked up when I heard him say that and understood what he meant. This was the beginnings of that System I had been dreaming about.  I desperately wanted a Marketing and Sales Engine whose results were always Tragically Knowable.

That’s the difference in the world we live in today–almost everything can be measured, so it is Tragically Knowable.  And best of all, as a Product Person, I had exactly the right kind of skills for that kind of world.

In the Digital World, you don’t need to know what the best hair cut is or how to wear a custom tailored silk suit.  What you need to know is how to troubleshoot and optimize a process.  Even if you don’t think you know that yet, you have the sort of mind that can think that way, so you can learn it.

Over the years since that fateful day, I steadily refined and added to my system.  I deployed it for the first time at a startup company called Helpstream.  During my first year of working at this tiny company, here’s what happened:

Unfortunately, the Great Recession hit us in 2008 and the VC’s pulled in their horns and wouldn’t put up any more money.  I think it was a huge mistake because all signs for the company were good, but they were afraid.

At my next stop, I took my system into a company in the Online Education space called HotChalk.  We were struggling to hit our growth milestones so I was tasked with helping out by taking over the marketing group’s Content Marketing department.

Within a three month period, the System allowed us to radically improve lead generation via content marketing.  This area became the fastest growing and most profitable lead source the company had. We literally tripled the sales leads from that source.

The company’s VP of Marketing, Segev Tsfati, had this to say about it on my LinkedIn Profile:

And Bob said ‘let there be light’, and our organic search traffic doubled. But Bob’s contributions to our organization at a critical inflection point went farther than understanding of the complexities, time frames, and ROI impact of organic demand generation. Through constantly challenging our thinking while always at the ready to extend a helping hand, Bob not only delivered business results, but also helped formulating a solid, grounded strategy that will serve us well into the future. Working alongside Bob has been a privilege, thought-provoking, and a lot of fun. I highly recommend it.

The other two startups were the warmup acts that helped me test and refine my System, but CNCCookbook is where it really shined.  I built the business from zero to 4.5 million subscribers and a fantastic income for my family as a Solopreneur.  That’s ride, I had to do everything–Marketing, Sales, Product Development, Customer Service, and anything else that was needed.

I started the company without quitting my Day Job, and built it to the point where I could quit in a very short period of time.  My System worked amazingly well, and I was able to turn in results that many Marketing and Sales professionals only dream of–even folks who bill themselves as “Experts” and want to teach you their expertise.

By the way, the real expertise of any self-proclaimed “Expert” is also tragically knowable in this world, and I’ve written a short article that will give you the secret of how you can tell who is worth listening to and who isn’t.

CNCCookbook is doing great and growing like crazy.  But something I discovered accidentally was that many in my huge and growing audience were interested in becoming Entrepreneurs.  Many already had their own small businesses and wanted to learn how to grow them.

I have always enjoyed teaching, it’s one reason CNCCookbook did so well, and it is a foundational part of my System–if you offer to teach someone something, that’s very valuable, and it can bring you an audience.  I also love being an Entrepreneur, and it is music to my ears when someone wants to learn how to start or grow a business.  I love those conversations!

So, I decided to create an online course that teaches the System I used to build CNCCookbook to Product People.  There are plenty of other courses and resources for marketing people, but not many that are specifically aimed at Engineers, Makers, Product People, Creatives, and Artists.

If you’d be interested in learning more, be sure to check out Customer Critical Mass.

PS I’m kind of a nut about reading every email I get, so if you have a question or want to check in about something, you can reach me via bob@cnccookbook.com. I don’t promise to respond to every email, but I do read them!