Do Small Business Failure Stories Get You Down?

Serendipity, Venture Capital, and Do Only the Paranoid Survive?

Sometimes my blog posts are motivated entirely by serendipity, and this morning that’s exactly what happened with this post.  I read a couple of small business failure stories, and they didn’t get me down at all.  They made me want to respond.

I was scanning my rss feeds to see if anything interesting had popped up.  First small business failure story that caught my attention was all about whether being extremely paranoid was helpful in business.

Perhaps you remember Andy Grove’s celebrated quote, “Only the paranoid survives.”  The article concludes that while a fair dose of paranoia helped to win the all-out slugfest of microprocessors, it took a lot of other things too and besides, most markets aren’t that competition crazy.  There are millions of other businesses thriving on simply making they best product they know how and selling it at a fair price. 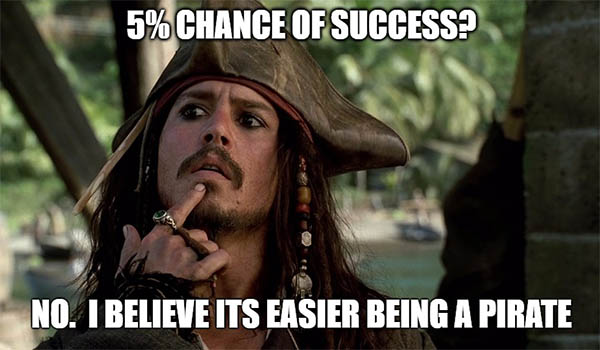 Then I got to another post by Jason Lemkin that was an answer to a Quora question, “Why would I start a business if I only have a 5% chance of succeeding?”

Talk about a small business failure story–just a 5% chance of succeeding?  Ouch!

Jason answers his question in two ways.  First he just says, “Don’t do it.”  Then he goes on to explain he was 100% certain each time he did a startup, but he discovered he was wrong and that 5% was much closer to the truth.  But, he feels that if you believe it’s 100% you should go for it.

Whoa!  That’s so Silicon Valley Venture Capitalist and it so rubbed me the wrong way.  I don’t want to kid myself my chances are 100% and through luck or some other factors overcome the fact that it was actually only 5%.

I want to find proven systems that are known to improve my chances until they’re much better than 5%.

I like a lot of what Jason has to say, but as a VC, by definition he and I are going to disagree on a LOT of things.  You see, I started in that world, worked at 7 different VC-backed companies, 3 of which I founded.  I made quite a lot of money there, but ultimately decided it was a bit of a sucker’s game and moved on to what I do today.

What I learned over those 7 startups is that Venture Capitalists will make you endure unlimited risk so they have a shot at a huge return.  A much higher return than most people really need, but their VC Funds need those huge returns to keep their investors happy.

Imagine being told that an opportunity for you and your co-founder to make $10 million in a business that had only been around 10 months was not interesting.  This even though the VC’s would make a 13x return on what they put in.  Imagine further being told that if you pursue the opportunity or talk to the company that made the real quantifiable offer again, you’d never work in Silicon Valley again.

That’s what VC’s are like, most of them anyway.  You don’t see that side until the right set of conditions comes together, and then it’s a terrible shock.

Are Other Small Businesses Just as Risky as VC?

Don’t think like a VC unless you’re in a VC Startup.  There really are easier ways to make a living, and they’re a lot more fun too! 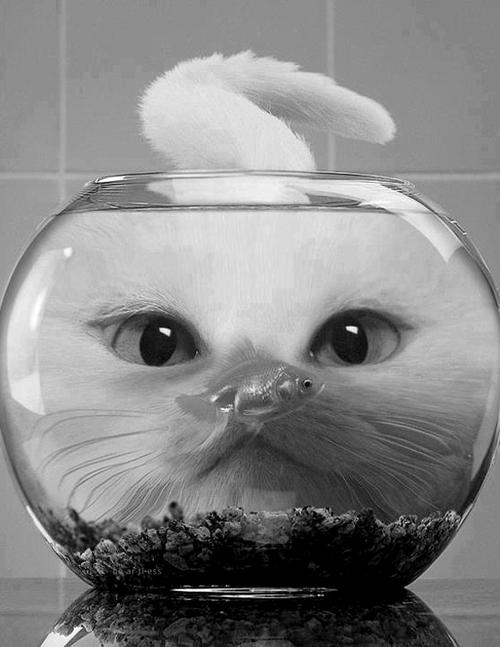 Here’s the deal–you want to wind up a big fish in a small pond.  Actually, a big fish in the largest pond you can be in with reasonable risk.  That’s my definition of a great business for anyone.

The VC’s want you to be a big fish in a giant ocean.  One where everyone starts out a tiny little fish and only a very few get to be big fish.  That’s a high risk play to be sure.  If you’re the sort of person who has to be a Master of the Universe like Bill Gates, Larry Ellison, or Larry Page, go for it.  There’s really no other way than via Venture Capital.

But if you’re with me about being that big fish in the largest pond you can be in with reasonable risk, keep reading.

But I know, you still have this nagging question in the back of your mind, “What are my chances?”  Are they better than that 5% for VC startups?  How much better?

It turns out they are a LOT better.  Read on…

I know whenever I get together with friends to talk about restaurants and the subject of entrepreneurship, someone always wants to talk about how hard it is to succeed with a restaurant.  I’ll bet if I asked them if they thought a 5% success rate was the norm for restaurants they’d agree wholeheartedly because that’s what they think.  That’s the myth and the meme that are out there.

But is it true?  They say there’s always a grain of truth to any myth or legend.  What about restaurants? 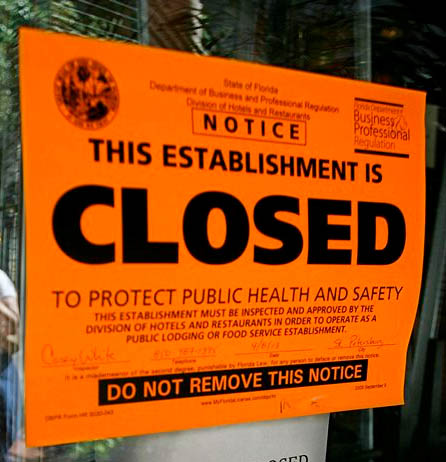 I came across an article called, “The Restaurant Failure Myth” that has the answers.  It seems that H.G. Parsa, an associate professor in Ohio State University’s Hospitality Management program had studied this very issue.   He went through Health Department records for 2500 restaurants in Columbus, Ohio over a three-year period.

What he discovered was that only 1 in 4 restaurants fail within their first year.  So that’s a 75% success rate.  If we go to three years, the number declines to a 40% success rate.  That’s still much higher than the 5% study.

To my friends who think the success rates are terribly low, I always ask:

When was the last time you saw a place that served good food and had good service go out of business?

The answer to that one is typically, “Never.”  While I am sure the odds of success with good food and service are less than 100%, I’m equally as sure they’re much higher than 40%.  That tells you that if nothing else, you know what to work on.

Here’s another interesting fact about restaurant failures.  Despite the widely-held belief that franchises are much less risky, Parsa found they were only a few percentage points higher than independents.  A franchise has a 43% success rate versus a 40% rate over three years.

Another tidbit–Parsa’s “failure rate” actually only measured whether a restaurant changed hands.  A successful sale at a profit after 3 years still counted as part of the failure rate.  The SBA found that since restaurants are such an immense time commitment, about 1/3 of the time when they close or changes hands it’s a profitable sale so the original owners can lead less crazy lives. 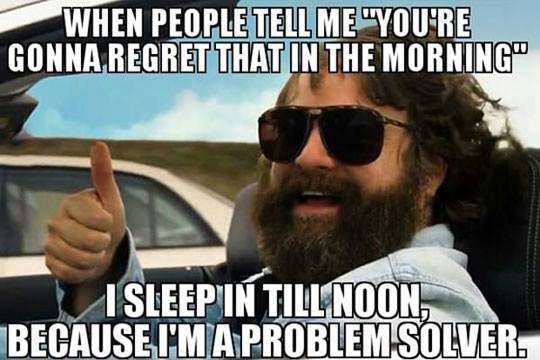 By now you’re wondering what are the causes of restaurant failure.  After interviewing 20 successful and 20 failed restaurateurs, Parsa found:

…beyond muddled concepts, failure seemed to stem in large part from an inability or unwillingness to give the business sufficient attention, whether due to lack of time, passion or knowledge.

What a fascinating, and seemingly tragically avoidable, outcome.  Be sure you’re ready to give your business sufficient attention that it can succeed.  This is why even though I advocate starting your business without quitting your Day Job, I am not an advocate of Side Hustles.

What I mean by that is Side Hustles that are never going to be more than Side Hustles.  Plan a business that you’re passionate enough about it can go all the way to the moon if you keep at it.  Pick a business where you really could quit your Day Job down the line.

What About Other Small Businesses?

Okay, restaurants are darned hard work if nothing else.  What are success rates for other kinds of businesses? 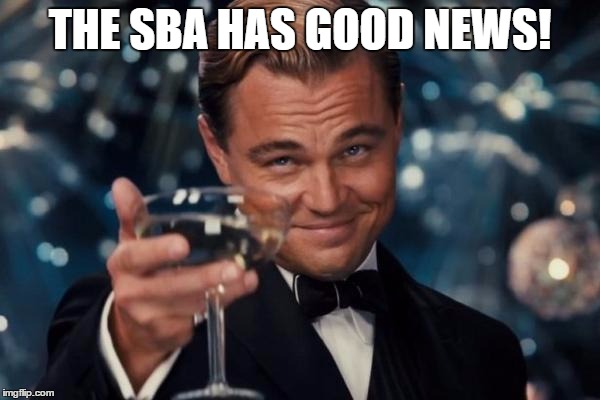 The SBA has good news for entrepreneurs…

For this, I turned to the Small Business Administration for the facts.  They publish a complete report on Small Business Survival.  The results are very encouraging for entrepreneurs:

I read that and it makes me conclude that it comes down to two things–the small business founder and some luck.  Really bad luck can certainly take down a business, but I doubt if that’s the majority of reasons for failure.

But, if the founder has it together, my guess is their success rate is quite high.  As long as you find your passion and know your business well, any time and any industry are good for your prospective business.  This is all good news for entrepreneurs. 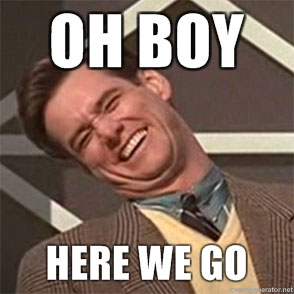 Failure rates for small businesses are down 30% compared to 1977!

Best news of all for those who want to start a business?  Failure rates are down 30% compared to 1977.

I personally think this is fascinating.  The Entrepreneur Magazine article where I found the statistic attributes it to five factors:

The growth of the Internet and the popularization of academic research has exposed more small business owners to knowledge about how to run a business effectively.

Of course that’s what this blog is all about–helping you to run your business more effectively. 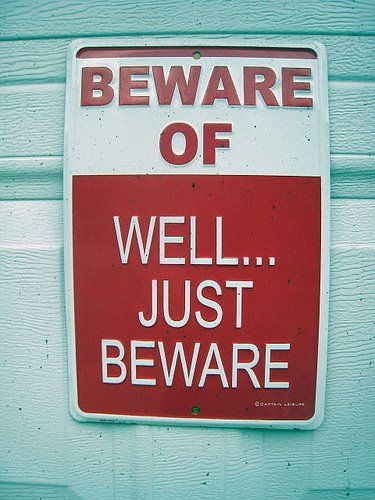 It’s less about beware and more about “being aware”…

I start out trying to help you minimize risk by asking you to find an Audience before you worry about anything else, including product.  That’s really key.  Get to know your audience 100%.  Know how to talk to them and know you are able to build a tribe of them that grows steadily in the form of your email newsletter.

First, your business is 33% more likely to succeed if you don’t quit the Day Job.  Second, it’s because you can’t work full-time at understanding your audience and growing your tribe.  At least not at first.

Going back to something I said about restaurants:

When was the last time you saw a place with good food and good service go out of business?

There’s a corollary for most online businesses:

When was the last time you saw a highly successful blog with a large and growing audience go out of business?

It just doesn’t happen very often unless the owner gets tired of the business.

That’s just the beginning.  As I said, I’m writing this blog to teach you what I’ve learned about growing small businesses.  We’ve barely scratched the surface with a lot more to come.

The future is bright for entrepreneurs–don’t let those small business failure myths and stories get you down!

Coming soon: I’m going to be writing about how to grow your small business website audience.  Be sure to sign up for the newsletter below so you won’t miss anything!

One Reply to “Warning! Are Small Business Failure Stories Getting You Down?”